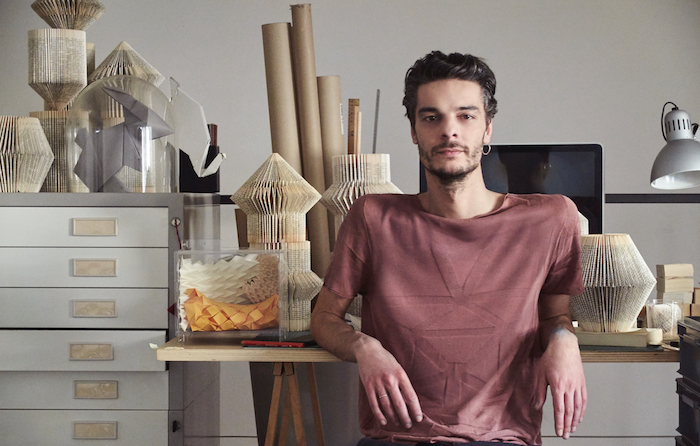 From Paper Sheet To Microcosm: A Journey inside Uros Mihic’s Design.

Manufactured design pieces that appear as a logical systems endowed of minimal beauty, microcosmos where every single folding defines the birth of a new planet, of a new star.

Every folding is indeed functional to the order of that iconic universe, a crescendo of shapes that imitates and interprets the animal and plant kingdom, as well as the architectural universe, in a surprising and outlandish manner.

The paper, simple and pliable material, looses its disarmed nature and is transformed into a sentient object. Order is given to the space where it is placed and becoming a window to another dimension; intangible, harmonic and essential.

Cosmopolitan designer as well as artisan, linked to the fine italian handicraft; Mihic explores the roundness of the reality through his creations. He shapes in perfect geometries, results of a meticulous job woven with a strict design study, replicable only through the uniqueness of its creator’s folds.

A poetical strictness that lead him to excellent collaborations with brand as Armani, Cassina, Pomellato, Porro. Among many more installations, and not nearly least the project for the Ermenegildo Zegna Ginza store, and the reinterpretation of Milan Duomo built with folded books and commissioned by Triennale di Milano for Expo Gate.

His paper microcosms can also be admired in concept stores, as Potafiori Milan, as well as international events like Salone del Mobile.